Paintings and relationships. Two things which I have always assumed need physical as opposed to digital space and two things I have missed deeply over the last year of reduced contact.

This is why attending Rhiannon Armstrong and Tim Spooner’s live performance as part of the National Galleries online events programme excited me so much. For 20 minutes, the two artists filled our computer screens with their slow brushstrokes. Armstrong and Spooner were each painting from their respective homes, yet we watched as they constructed a painting together in virtual space. Although they were painting on different surfaces, the artists reacted to the marks left by the other, choosing to follow the brush marks of the other to construct a coherent composition. 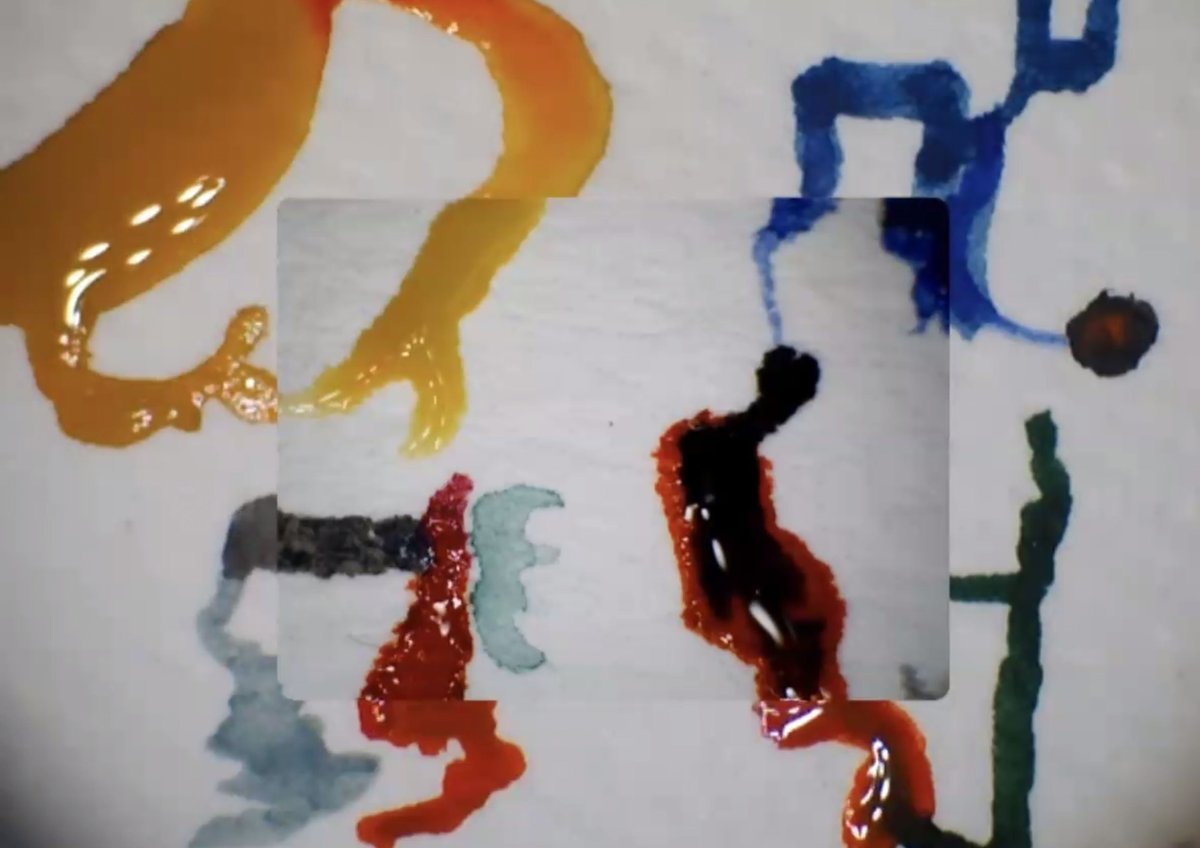 Although the gooey, messy, vibrant streaks of colour initially grabbed my attention, I couldn’t help but fixate on the looks Armstrong and Spooner exchanged. I felt like they were communicating through their brush strokes. Did certain colours mean certain things to the two artists?

The performance used the materiality of painting as a way of linking 2 people – apart in material space – to each other through a shared medium, a shared fluid and a shared blank canvas. I have to admit that I felt alienated by the abstract, water-colory image which they produced together. As a picture, it meant nothing to me despite the artists describing it as their own equivalent of the epic, historical narrative paintings which would be on display in the National Gallery.

However, the beauty of the work Armstrong and Spooner made had nothing to do with the outcome of the process. It didn’t matter what type of a painting they had made together. The value of the piece was all about finding out how the 2 had created this clear intimacy during Covid simply by sharing brush marks and pigment.

If I’d been to the National Gallery to see an exhibition, powerful images would have been stuck into my memory. Most likely, I would have felt alienated by the impossibility of recreating anything as big and as beautiful. On the other hand, coming away from Armstrong and Spooner’s I have little recollection of the image which they produced. But I feel inspired to use the technologies at my disposal to experiment with using physical mark making to make materialised digital relationships.

Even when the galleries reopen, there is something to this reimagining of what it means to paint and what it is we should value in a piece of art which is worth holding on to.